The town of Aurora originated in Colorado as the town of Fletcher, named after a prominent businessman and developer in 1890.  It kept that name until 1907 when it became the City of Aurora.  The fire department was a total volunteer department until 1951.  In 1951, Fire Fighter Ray Sallies was hired by the City as the first and only paid fire fighter.  Over the next few years, other paid firefighters were hired until late 1956 when the remaining volunteers were asked if they wanted to become paid firefighters.  None of them accepted, and the Aurora Fire Fighters became fully paid.  In 1957, the firefighters applied and became an affiliate of the International Association of Fire Fighters, and became Charter Local #1290 as the Aurora Fire Fighters Protective Association.  The principle officers at that time were, President Fay Sweat and Secretary/Treasurer Wilbur Johnson with a membership of 14 other firefighters.  The primary goal of the Local at that time was the implementation of Civil Service.  This however did not happen until 1967.  This so incensed the mayor that he never spoke to another firefighter again.  Two new stations were built in the sixties.  In the seventies and early eighties seven new fire stations were built, the City of Aurora and the fire department continued to see tremendous growth and prosperity.

Aurora was now the fourth largest city in the state, and had been growing at a rapid pace.  The department had been running on medical calls almost from the start and has had a separate rescue squad since 1957.  The members were trained to Red Cross Advanced First Aid.  In July of 1977, the first Paramedics graduated, and the firefighters had their first Advanced Life Support squad.  In 1978, all members joining the fire department were required to obtain and maintain their EMT certification.  EMD was incorporated into our dispatch center, and all of the dispatchers are trained to the EMD level.

In 1978, Aurora started its own fire academy for its recruits.  In 1985, the Aurora Fire Department and the Denver Fire Department combined their training facilities to form the Rocky Mountain Fire Academy (RMFA, or simply the "Rock").  This partnership remained in effect until 2016 with both departments holding simultaneous recruit classes and offering training for officer development, fire companies, driver/operators, HAZMAT, TRT, Health and Safety and many other topics.  On weekends the Rock hosted outside agencies such as volunteer fire departments, law-enforcement, community colleges and others.

In 1980, a hazardous materials response team was formed and is still in effect today operating out of Station #2.  In 1989, the implementation of a High Angle Rescue Team was formed.  In 1993, a new heavy rescue apparatus was purchased.  Thus, the High Angle Rescue Team and the Technical Rescue Team (TRT) was formed into one company and became Heavy Rescue/RIT (Rapid Intervention Team) and operated out of Station #8.  Nationally, this is now referred to this as Rapid Intervention Crew (RIC) and is performed by all AFR Truck Companies.  Station 8 and TRT has since added swift/open water rescue, confined space, shoring and other technical skills to their repetoire.

Today, the Aurora Fire Fighters Protective Association remains focused on promoting and protecting the interests of the Local 1290 members.  This is accomplished in part through membership in a variety of professional organizations.  The International Association of Fire Fighters is our main source of support along with the Colorado Professional Fire Fighters and the AFL-CIO.  This network of organizations is dedicated to the working men and women providing vital information and resources to the Aurora Fire Fighters.  But our main asset is membership.  The key event in our history was COLLECTIVE BARGAINING.  This was a result of the membership going door-to-door and taking the labor message to the citizens.  This monumental achievement has empowered the Fire Fighters, who now have an active role in determining pay, benefits and working conditions.  All members of Local 1290 are dedicated to protecting the rights of  Fire Fighters and providing quality service to the citizens of Aurora.

In 2016, the City of Aurora continues to grow.  We are the third largest city in the state.  With the fire department answering over 54,000 calls in 2015 and with new challenges on the horizon, we accept these responsibilities with great pride and professionalism.  All of our Engine and Truck Companies are staffed with a minimum of four people.  We have excellent safety and personal protective equipment.  All of our Engine and Truck Companies are ALS Paramedic.  We do our own dispatching, training, technical rescue, hazmat response, air program, public relations, fire investigations, health and safety, and maintenance programs.  We are an ISO Class 2 rated fire department.  We received International Accreditation in 2000 and have maintained it ever since.   All these areas are taken seriously by the members of Local 1290 and we will continue to try and make great strides in the area of safety, protective equipment, pay and benefits.  Just as our slogan says, it truly is “BECAUSE LIFE COUNTS”. 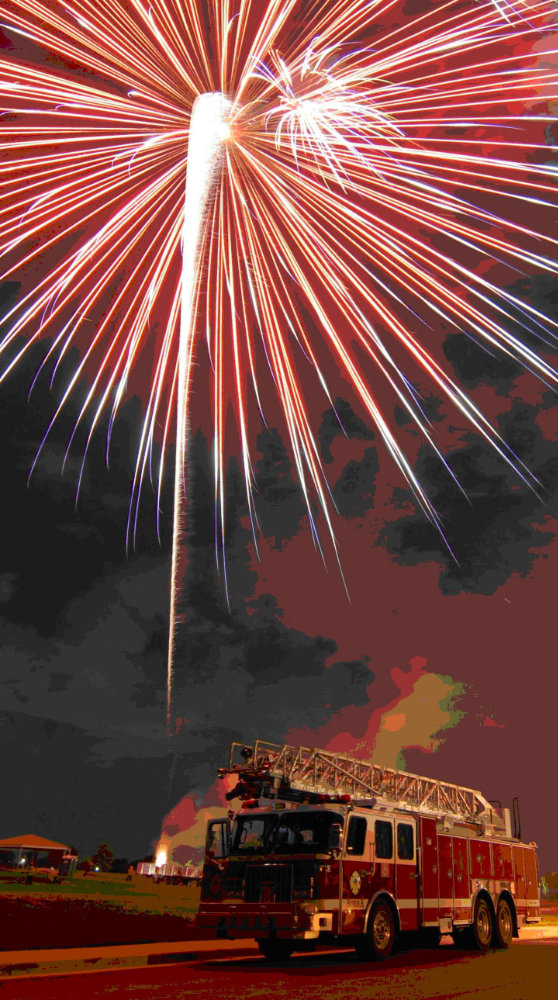